Join National Trust Tours on their Cruising the Exotic Canary Islands & Morocco program, a special itinerary featuring the rarely offered combination of the fabled cities of Morocco and the sun-washed, off-the-beaten-track Canary Islands aboard the exclusively chartered M.S. Serenissima.

M.S. Serenissima
The classic M.S. Serenissima entered service in 2013 under new ownership following a complete refurbishment. The descendant of a long line of sturdy Norwegian coastal steamers, this exclusively chartered, 90-passenger vessel perfectly fits the profile of small ship cruising and can navigate scenic shorelines, dock in the heart of historic cities and sail into smaller, remote ports inaccessible to larger ships.
Accommodations: Each comfortable Suite and Cabin is attractively furnished in charming Gustavian style, a bright 18th century Swedish country ambiance that perfectly fits this vessel and provides an intimacy and classic nautical sensibility found only aboard a small ship. All accommodations feature a private bathroom with shower, individual climate control, telephone, satellite television, safe, and hair dryer. Executive Suites feature private balconies, the two Owner Suites are exceptionally large with wrap-around ocean-view windows, and most cabins feature an ocean view. Because the M.S. Serenissima is a traditional vessel, each cabin is unique, with variances in size and configuration.
Dining: The light and airy Venice Restaurant accommodates all guests at a single, unassigned seating. Buffet breakfast, buffet lunch, and four course dinner are served daily featuring tasteful continental cuisine and local specialties. Complimentary house wines, beer, soft drinks, mineral water, coffee, and tea are served with lunch and dinner.
Services and Facilities: The inviting public areas include an all-teak sun deck with teak deck chairs, spacious observation deck, two lounges, library with computers and Internet access, fitness room, and massage services. The ship also offers laundry service and has an elevator. The M.S. Serenissima meets the most stringent standards of construction, dependability, and safety requirements and possesses state-of-the-art navigational equipment and stabilizers. The English-speaking, European crew provides courteous, professional service, and there is a physician on board.

Study Leader Information
Grace Gary, an architectural historian with degrees from Randolph-Macon Woman's College and the University of Virginia, is a veteran leader of nearly 30 Trust tours. Grace is the author of two volumes in the Trust's "Information" series and has also served as director of the Trust's Mid-Atlantic Regional Office, Preservation PA, and Longue Vue House and Gardens. She was the first director of Colonial Williamsburg's Tourism Leadership Center. Grace recently oversaw a $40-million restoration of Nemours Mansion and Gardens in Wilmington, Delaware, where she serves as executive director.

November 9 - Sunday - Casablanca
Casablanca contrasts a historic legacy dating back to its 7th century Berber settlers with a cosmopolitan city center that rivals any in the world. The harmonious blend of French and North African culture found here enchants visitors the moment they see it. A drive along the fashionable, oceanfront Boulevard de la Corniche offers stunning Atlantic views on one side and on the other, tiny lanes, elaborate Mauresque architecture (a fusion of traditional Moroccan designs and Parisian Art Deco style), Mohamad V Square, United Nations Square, and locals sipping coffee in outdoor cafés. During an afternoon at leisure, step back into the era of Bogart and Bergman's Casablanca with a visit to Rick's Café.

November 10 - Monday - Safi for Marrakech/Agadir
Founded in 1062 by warrior monks known as the Almoravids, the city they built at the interchange of the Sahara Desert and the Atlas and Anti-Atlas mountains blossomed into the hub of the great Berber Empire. Visit the masterpieces of Moorish architecture, including the exquisite Bahia Palace, glorious Menara Gardens and 12th century Koutoubia Mosque. To truly experience Marrakech you must also enter into the heart of its markets, souks, a UNESCO World Heritage Site, and see the master craftsmen carrying on the ancient methods of leather-working, dyeing skeins of wool and silk, and hanging the colorful garments and shoes in a vibrant display of tradition. In the dramatic Place Jemaa el Fna, "Square of the Dead," acrobats, musicians, and snake charmers perform truly unforgettable feats.

November 11 - Tuesday - Arrecife, Lanzarote, Canary Islands
Sunlight highlights the many shapes and black, pink, purple, and ochre hues of the solidified lava fields and over 300 peaks of this dramatic volcanic island, a UNESCO biosphere reserve known as the Isla del Fuego, "Fire Island." Marvel at the haunting moon-like volcanic landscape of the red and black "Fire Mountains," at close range on foot or on camel-back in Timanfaya National Park.

November 12 - Wednesday - Santa Cruz, Tenerife
The ancient Guanche people gave the name Tenerife—"White Mountain"—to this dramatically scenic island, dominated by the soaring, 12,195-foot-high pinnacle of Mount Teide, Spain's loftiest mountain. Travel through the cool, verdant forests of La Esperanza to the UNESCO World Heritage Site of Teide National Park, a starkly beautiful wilderness of mineral-tinted rock, ancient lava flows, and distinctive vegetation found nowhere else. Gaze across the sand and lava rock floor of the vast caldera of Las Cañadas to the snowy summit of Mount Teide, and enjoy a panoramic view of the Roques de Garcia, 500-foot-high rocks shaped by the erosive forces of wind and water. Visit the UNESCO World Heritage Site of La Laguna, a beautiful university town established in 1496, where houses in the old quarter date from the 16th and 17th centuries and have preserved wooden balconies and ornate doorways crowned with family crests.

November 13 - Thursday - Tamaduste, El Hierro/San Sebastián, La Gomera
The smallest of the Canary archipelago, "La Isla Chiquita," El Hierro offers some of the most dramatic scenery and is classified as one of UNESCO's biosphere reserves, enchanting visitors with its romantic wildness of dramatic coastlines, fragrant pine forests, and uninhabited spaces where giant lizards dwell. At Mirador de la Peña, crisp clear morning skies offer the best opportunity to view El Golfo Valley, where small villages are nestled among pockets of agriculture where locals grow grapes, bananas, and pineapples. El Hierro was once thought to be the edge of the world, and its otherworldly wind-twisted juniper trees, mist-shrouded fields and turquoise waters of El Golfo Bay create the island oasis that beckons sailors today as it has for centuries.

San Sebastian is a striking white village, set against red and copper cliffs houses, is a tiny fishing community with intriguing customs and traditions still intact from the time of the Guanche era, including a unique whistling language. Christopher Columbus was said to have knelt at the island's main church during his three stops in 1492, 1493, and 1498, where his crew provisioned fresh water and wood for fuel before they launched their historic expeditions.

Today Isla Redonda, "Round Island," is a UNESCO biosphere reserve and a walker's sanctuary with trails etched into the ancient laurel forests, including the UNESCO World Heritage Site Garajonay National Park. The national park is a paradise for nature lovers and one of the world's oldest natural cloud forests and the last remaining environs of its type in Europe. Warm breezes, the ethereal fog in the forest canopy, and lack of population allow over 450 species of plants and trees to grow to unprecedented size, offering a view of what a Mediterranean forest would have looked like before the last Ice Age.

November 14 - Friday - Santa Cruz, La Palma
Known as La Isla Bonita, "the Pretty Isle," for its lushly forested mountain slopes set against a backdrop of bright blue skies and the azure waters of the Atlantic Ocean, La Palma holds an abundance of cultural and natural treasures that make it a botanist's dream and earned it the designation as a UNESCO biosphere reserve. Exploring the old quarter of Santa Cruz, once the third-largest port in the Spanish Empire, leads to the pilgrimage center and the shrine of La Virgen de las Nieves (Madonna of the Snow), the island's patron saint and the mid-17th century church representing a unique fusion of Baroque and Mudéjar (Spanish-Moorish) architecture. The scenic overlook of Mirador de La Concepción offers sweeping vistas of Santa Cruz, while the Mirador de La Cumbrecita provides a window on La Palma's geologic past with dramatic views of the Caldera de Taburiente, one of earth's largest calderas, sheltering a profusion of trees and shrubs, many of them found only on this island.

November 15 - Saturday - Las Palmas, Gran Canaria/Disembark/Return to the U.S.
The attractive town of Las Palmas was founded by Spanish conquistadors in 1478 became a port for ships sailing around the African continent. In the late 19th century Las Palmas flourished due to the coal industry and today it is the largest town in the Canary Island chain. Though a cultural haven in the Atlantic, this lush island also produces grapes, avocados, and tobacco used for cigars said to rival those from Cuba, and one-third of the island is a UNESCO biosphere reserve.

Tour Price*
Per person, based on double occupancy. Single cabins with one bed are available in category 6, category 4, and category 3.

*Taxes are an additional $395 per person and are subject to change.
Not Included: Taxes; passport, visas and associated fees; personal expenses such as laundry, telephone calls and Internet access; accident/sickness, trip cancellation, and baggage insurance; gratuities to ship and hotel personnel; optional sightseeing excursions; baggage charges on aircraft; local departure air/ airport tax(es); airfare and associated local taxes, airport facility and security taxes and federal inspection fees; transfers and baggage handling to/from airport/hotel/ship on day(s) of arrival and/or departure if you are arriving earlier or later than and/or departing earlier or later than the scheduled group transfer(s); any overnight on land due to ﬂight schedule(s); meals, alcoholic, or other beverages and all other services. 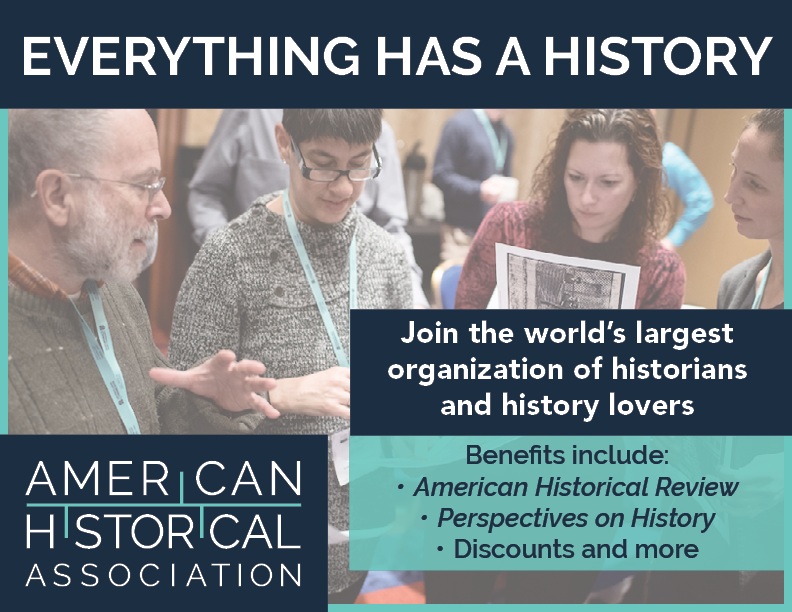