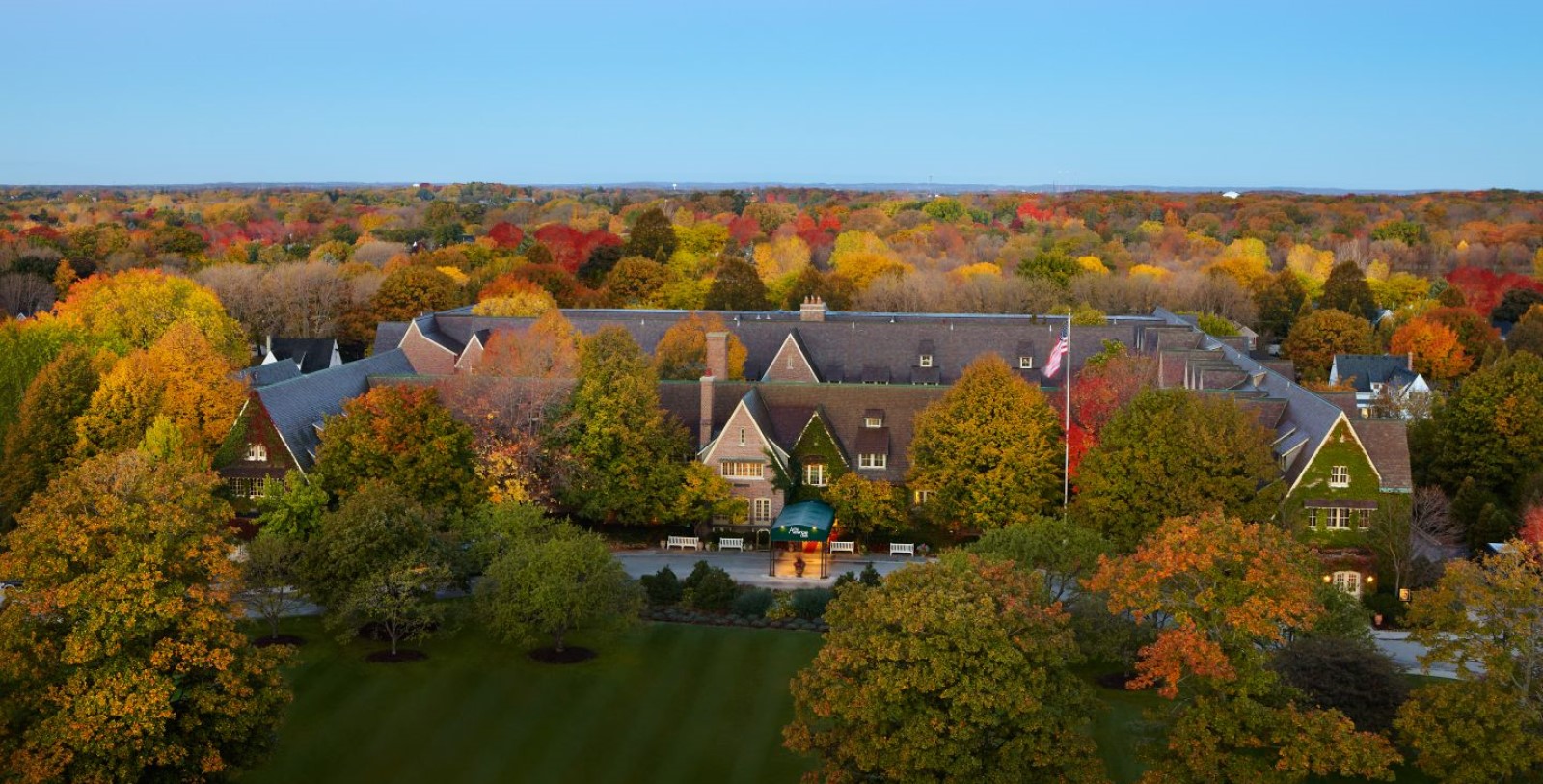 WASHINGTON, D.C. – February 27, 2019, Historic Hotels of America®, the official program of the National Trust for Historic Preservation for recognizing and celebrating the finest and most significant historic hotels, has inducted 27 historic hotels into membership in 2018. The oldest hotel dates back to the 1816.  Many of the historic hotels are adaptive reuse historic hotels that have involved converting some or all of a historically significant building to a hotel. Originally, these buildings were built for another purpose in their history. 16 of the 27 historic hotels inducted in 2018 are listed in the National Register of Historic Places, four of the inducted hotels have been designated as National Historic Landmarks or are contributing structures in historic districts that have been designated as National Historic Landmarks by the U.S. Secretary of the Interior. The 27 inducted historic hotels represent independent hotels, brands, and collections from across the U.S.A. from 16 different states:

Inn at Perry Cabin (1816) Saint Michaels, Maryland
Hotel fun fact: Originally designed and built in 1816 by Samuel Hambleton, who was a War of 1812 Navy veteran and aide-de-camp to Commodore Oliver Hazard Perry. The Inn was built to resemble the Commodore’s cabin (‘Perry Cabin’) on the flagship U.S.S. Niagara.  The Inn at Perry Cabin was featured prominently in the 2005 box office hit Wedding Crashers. It was the site of the main wedding reception that appeared in the film.

Blackburn Inn+ (1828) Staunton, Virginia
Hotel fun fact: The building’s namesake, Thomas R. Blackburn, trained as an architect under Thomas Jefferson. Blackburn worked closely with Jefferson on the design of a number of architectural projects in Virginia, including the University of Virginia. The university is now one of the nation’s leading research institutions, as well as a designated UNESCO World Heritage Site.

21c Museum Hotel Louisville by MGallery+ (1880s) Louisville, Kentucky
Hotel fun fact: During the 1870s, robbers successfully stole $300,000 from the Falls City Bank. The heist was one of the largest in the country at the time.

Riggs Washington DC+ (1891) Washington, DC
Hotel fun fact: Known as the “Bank of Presidents,” 23 different U.S. Presidents and their families, including Abraham Lincoln and Dwight D. Eisenhower, banked at Riggs National Bank throughout its history.  In 1868, Riggs Bank supplied the U.S. government with a loan of $7.2 million in gold bullion to purchase Alaska from Russia.

The Holly Inn++ (1895) Village of Pinehurst, North Carolina
Hotel fun fact:  Pinehurst Resort and its village were designed by famed landscape architect Fredrick Law Olmsted as a health retreat amid towering pines and mild Southern breezes. Pinehurst was the site of the first miniature golf course and practice facility in America; its founder James Tufts, never played the game.

The Lodge at the Presidio++ (1894) San Francisco, California
Hotel fun fact: The Lodge, located in Golden Gate National Recreation Area, is the former US Army post’s Montgomery Street Barracks, built from 1895 to 1897. Many of the guestrooms feature views of either the Golden Gate Bridge, the forest, or the San Francisco Bay.

Belleview Inn (1897) Belleview, Florida
Hotel fun fact: The story of the Belleview Inn begins with Henry Plant, a railroad and steamship entrepreneur from the 19th century, who realized that his passengers would need somewhere to stay. Plant built a grand, Queen Anne-style Victorian hotel that exuded Gilded Age grandeur in 1897.  Many famous athletes, entertainers, and politicians, including former Presidents of the United States Gerald Ford and Jimmy Carter, have visited Belleview Inn.

The Candler Hotel Atlanta, Curio Collection by Hilton+ (1906) Atlanta, Georgia
Hotel fun fact: The Candler building was one of the first luxurious high-rise buildings in Atlanta, which can be seen in the detail of the building’s Amicalola marble from north Georgia. The 17-story building was meant to be a monument to Asa G. Candler--prominent Atlanta businessman, one-time mayor, and philanthropist who founded the Coca-Cola Empire.

21c Museum Hotel Lexington by MGallery+ (1913) Lexington, Kentucky
Hotel fun fact: The Fayette National Bank Building bears the distinction of being Lexington’s first skyscraper, as well as the first building in the region with an elevator.

Hotel Phillips+ (1918) Sioux Falls, South Dakota
Hotel fun fact: The Hotel Phillips is significant for being the tallest commercial office building in the entire state of South Dakota at the time it was built in 1918.

The Manor Inn++ (1923) Village of Pinehurst, North Carolina
Hotel fun fact: Legendary golfer Arnold Palmer often said that he had fond memories of The Manor Inn, where both he and his father stayed whenever they traveled to Pinehurst together.

The Lodge at Nemacolin Woodlands Resort (1968) Farmington, Pennsylvania
Hotel fun fact: The Lodge at Nemacolin Woodlands Resort harkens back to its original establishment as the hunting retreat of Colonel Willard F. Rockwell, founder and CEO of Pittsburgh-based Rockwell International and his wife, Clara Thayer, a descendent of John Alden, who was a passenger on the Mayflower when it landed at Plymouth Rock.

“Each of these iconic historic hotels has contributed to our nation’s history and is an excellent example of historic preservation,” said Lawrence Horwitz, Executive Director, Historic Hotels of America and Historic Hotels Worldwide. “Each is unique and has a history worth exploring and experiencing. We are delighted to recognize and celebrate these wonderful historic hotels. We applaud their community leaders, owners, management, and associates for being great stewards of the stories about world leaders, celebrities, and other luminaries that were involved in the original building and use of these historic icons or as guests stayed in these hotels.” 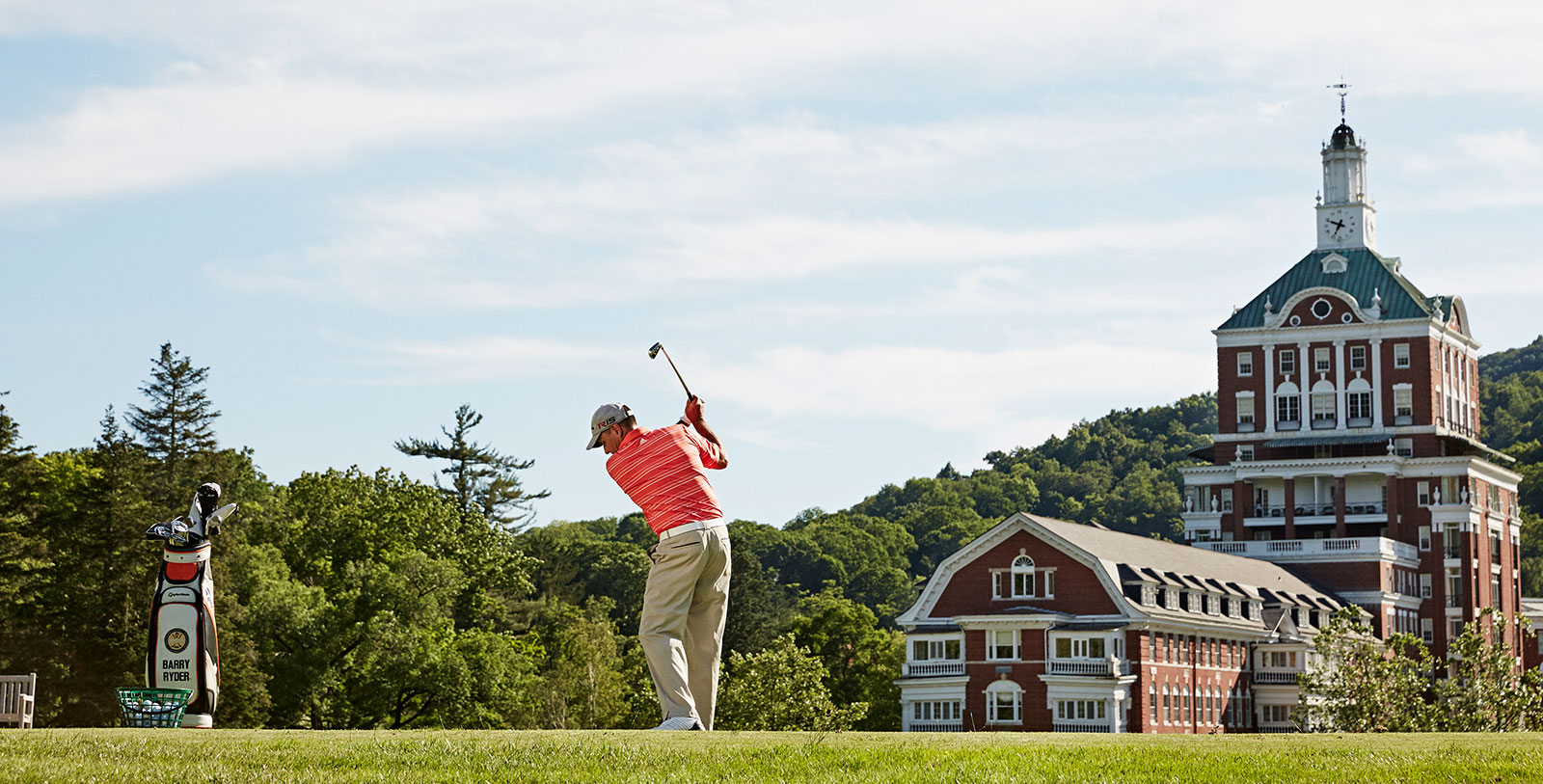